My Journey to Good Health and Wellbeing with Matt Pepper

Firstly, I contacted Matt due to severe migraines. This was very difficult to live with whilst running a family of 3 three young children, working and just life in general with a few other medical challenges. I’d had 6 months of constant pain.
I had been to the GP and tried several different medicines. Then I was referred to a specialist and had a scan, nothing was found and again prescribed further medicines, some with horrible side effects, all to no avail. A few people had recommended an alternative approach and I was given Matt’s number.

Matt has a very confident, reassuring and friendly manner and gently takes you through your general current health and your history making you think it through as well as him looking for the areas he can help with.

Having a complicated mental and physical history, Matt was able to see a possible root cause for the migraines and started to treat with remedies and therapy of talking through some stresses and strains and symptoms of other health issues I was living with. One of these being Lupus of which I had been heavily medicated for over 10 years.

After the work with Matt for a few weeks, the migraines disappeared. Such relief after 6 months of pain. We then concentrated on building my mental and physical strength further over the next few months sessions with remedies and therapy and with me taking on my own inner self and growing stronger. Within this time span, I also read Matts book on Happiness a couple of times as it hit such a cord and laid out a ‘doable’ platform to a Happy place.

I then took my newfound strength and adjusted life approach to my rheumatologist. Requesting that after 10 years of being on drugs for the lupus would he support me in weening off them completely. This process took over a period of 6 months to come off them completely and I have now been off them for just under a year. I am still monitored by the rheumatologist in remission of the Lupus until further notice, but this has been such a life changing turn of events for me after suffering weak adult health for two decades.

I feel well and in control mentally and physically at 43 years old and completed the 26.2mile Breast Cancer Moonwalk through the night around London in June.

I will be cycling 56 miles from London to Brighton. Plus, embarking on a new career in the wellbeing industry as I am in the belief that the holistic approach to a person’s mental and physical health is paramount for a happy and balanced life in the society of today and I want others to find what I found. 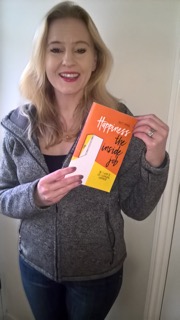