Susies incredible healing story – “From pain to gain” of the London Marathon Medal! 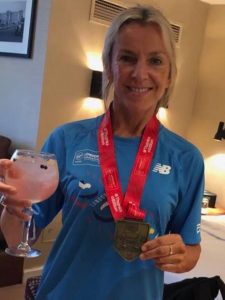 After being diagnosed with Rheumatoid arthritis 4 years ago, a then 54 year old Susie had such bad pains in her arms, hands, knees and feet that any movement was extremely painful and walking was problematic. After she was given a bleak outlook by her rheumatologist, staring down the face of life-long medication to control her symptoms, she sought a more natural route for help.

A friend recommended that she booked a one-to-one session with Matt Pepper; a practitioner who addressed underlying mental and emotional factors to improve wellbeing, along with prescribing a tailored set of homeopathic remedies to help the body and mind self-heal. 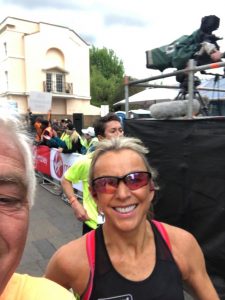 Fast forward to last weekend…Susie completed the London Marathon in 5hrs.26! Incredible. She loved every minute it !

She has been largely pain and symptom free for the last couple of years and her consultant, who was at first sceptical about the route she had chosen, has now actively supported what she is doing and suggested she continues with regular monitoring.

Her marathon entry was inspired whilst listening to the Chris Evans Breakfast Show who was auctioning places for Children in Need. Susie was one of seven successful bidders.

Here she is talking about her amazing London Marathon experience and what is was like working with Matt.

How did you get on in the Marathon?

It was absolutely incredible! I just beamed the whole way round. The energy from the crowds was electric! So positive! I was honestly smiling the whole way, even when it got really, really tough, which was around mile nineteen-twenty…. It was just the most spectacular experience, incredible to achieve. 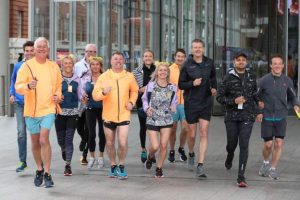 Did you always want to run a marathon?

I wouldn’t even have watched the marathon let alone take part in one. I couldn’t even walk properly. You know, I found it difficult to get up off the flipping sofa – let alone, running!

So, what was your medical prognosis then?

They gave a pretty fatalistic outcome. I was diagnosed with rheumatoid arthritis, a long-term autoimmune disease. The doctors were very keen and persuasive that I took medication and even though I was at my most vulnerable and perhaps could have been persuaded into medication, for some reason I didn’t want to do that.

My dad was a GP so I’m not completely anti-medication, but I thought there may be another way, but I really didn’t know what that was. I didn’t want to start taking something – being on that lifelong path just didn’t seem like the right thing.

So, how did you hear about Matt?

A childhood friend, Penny, told me about Matt and was really insistent that I see him. I said, ”Well, alright, who is he? What does he do then?”. She talked about his work at Great Ormond Street where she had met him, and how he’d helped her. It was all still a bit unclear though what he actually did. But I’m very open to alternative solutions and natural medicines so thought ‘I have nothing to lose’.

What was your lowest point before you saw Matt?

So I’d reached a pretty depressing point. I didn’t want to look weak, I was bringing up kids as a single mum – I didn’t really ask for help or talk about how I was struggling. Side effects can be extreme fatigue and depression. It was a bit of a shock as I’d always been a strong person, an entrepreneur so that didn’t go well with my own self image.

So, what was your first session with Matt like?

When I met him, he instilled something that maybe woke up a little spark inside me, it made me feel that there’s hope. Yeah, definitely, I remember that. Something about his manner and belief in the ability to heal from the inside. 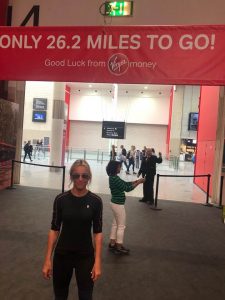 Can you describe the process of how you worked together?

I saw him every week or every other week. I looked forward to that meeting – I found it easy. I remember getting off the sofa to go and make his tea and could hardly walk, my feet were agony. And I would be saying, “Yeah my elbow hurts, my shoulder hurts, and my knees hurt today.” There would be different outbreaks of joint pain, in different areas of my body, which seem to flair up. Which are very common symptoms of RA.

We chatted about different life situations and how I saw them. I thought I had good self-awareness but I started to realise that there was disconnect between how I felt on the inside and what I was trying to maintain on the outside. So as the story unfolded, and started to be expressed, it released a little bit of the pressure in myself. And so, it seems the pain started to subside.

He’d prescribe homeopathic remedies to help with improving how I felt and over time I began to lose my fear of expressing myself and was starting to become more authentic about how I felt emotionally, or what was going on in my life.

I adopted a child in 2012, and the challenges my beautiful son faces are pretty full on. I couldn’t have anticipated how hard that would be and the impact on our whole family. Things became really tough, and I was finding it unmanageable actually. I am a single mum and it was a battle getting the right sort of help for my son.

After three months of seeing Matt symptoms were improving. I felt motivated to start exercising again. I’m a really creative and very positive person actually. But before that my spark had gone, hard to describe but its back!

Were you working as well as being a mum?

I was working part-time which was good as I really didn’t have the energy for more. 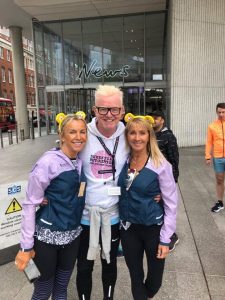 What did the medical people that you had been consulting about your health say?

The consultant that I saw, the rheumatologist, is a real expert in the field, and was not keen on me not taking medication. So, at the time, I found it quite intimidating. He told me he was just about to go on a conference in the states. It was one of the biggest conferences in the world, with all the rheumatologists going there, and there was thousands of them. And he was one of the lead speakers, so I knew he was right up to date with all the latest research and evidence. And I’m sitting there, with no research at all, arguing against his medical advice. So I said, “I’m going to try some natural route…I don’t want to take medication, I don’t want to do that.”

He wasn’t happy with that. So, he said, “Well, let’s give it six months, and let’s see what happens. And we will do blood tests in six months.”

So, I have it in writing that when I then went for my check up, he wrote back a letter saying, “Well, the results were pretty good, actually. And I am happy for you to continue with alternative remedies for your situation.” And he had to admit that whatever I was doing was working. I’m now pain free and not on any medications all all. I still have RA as it doesn’t go away but feel completely differently about it.

So what would your advice be to others finding themselves in the same situation?

Well, gosh, I can only tell that what wonderful results I’ve had. It’s made me look at myself totally differently. It’s about me tackling things from lots of angles; my emotional health, being authentic, being me, reducing stress levels and finding more happiness…the whole lot. I’ve learnt it’s about the whole person and not just the symptoms. Matt’s book on Happiness came out recently which is great and really helps explain how to get into a better state of mind to find happiness and wellbeing.

Whatever it is, the homeopathic remedies which I found fascinating how they’ve helped me both mentally and physically to the insightful sessions with Matt, it has all made a big difference to me. I’ve even bought Matt sessions for my friends as gifts, and my kids have benefitted too. You’ve got to be open to trying it and have belief in the power to self-heal, really. 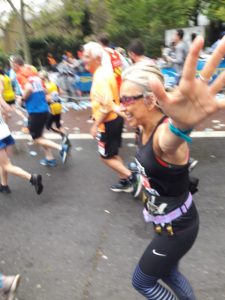 Are you happier now?

To think that I’ve got this medal for running the marathon. I mean, not in a million years would I have believed I could do that. A little bit of me wasn’t sure what would even happen during it, but I have proof you can do it. You can conquer. So, I feel amazing.